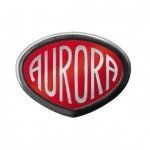 an Italian story
It was in 1919, the year the treaty of Versailles was signed. In an Italy marked by a post-war crisis, but bubbling with great hopes for recovery, the first steps down a long road were taken with the birth of Aurora, and the creation of the first true Italian fountain-pen. A rich textile merchant, founder of the Torino company of the same name, saw the crystallization of a dream he had long meditated and planned.

In that year, the success enjoyed by the mythical Aurora pen coincided with a new historic direction. Italy woke up to the first rays of a sun was destined not to set, while Aurora became the name of a company destined for success.

From those very first years the company showed that it was able to produce writing instruments with inimitable allure and refinement. A unique style which, following the evolution of taste, yesterday as today, brought together experience, technique, precious materials and artisan skill and refinement.

Having earned the appreciation of admirers round the world, the trademark represented forms and materials which, from the beginning, were tangible examples of the most refined made in Italy products. For almost one hundred years the name of Aurora has been synonymous with high quality, good taste and fine Italian craftsmanship.

The first fountain-pen produced in 1919, today considered a cult object, was also the first in a long series of successes linked not only to its classic design but also to values which Aurora communicates, such as knowing how to dedicate time to the things that truly count, to thoughts, feelings, beauty and culture.

Values which have no fear of time, just like the lines and precious materials that characterise the production of the historic Torino company. An Aurora pen is much more than simply an instrument to write with, it is a way of life.
The  constant tension between modernity and tradition infuses, within the forms of an Aurora pen, all the philosophy of a company that is awash with history but which has at the same time always demonstrated that it knows how to look to the future. Every pen is a fixed point, a reference for future generations. An object dedicated to those who know how to love time and are its masters.