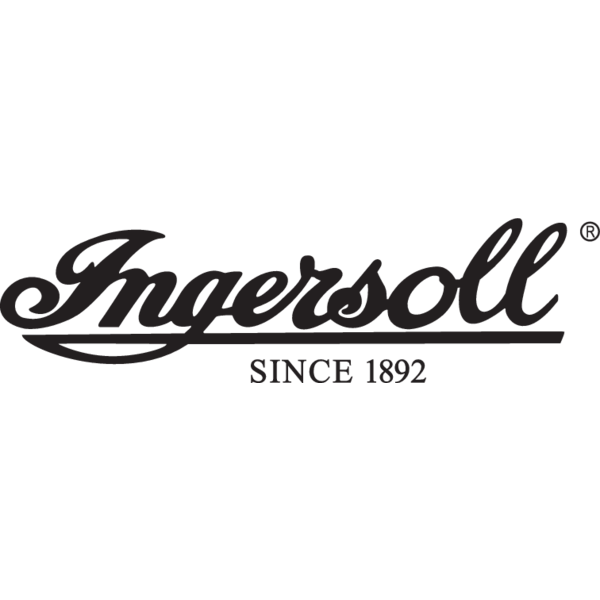 Robert H Ingersoll and his brother Charles founded the Ingersoll Watch Company, one of the oldest American watchmakers. The Ingersoll brothers were pioneers of industry and invention in the field of watchmaking. They devised and followed an ambitious plan: to offer Ingersoll watches to the general public at an affordable price, whilst maintaining real quality and credibility.

Based in New York City, each watch was initially produced by hand, but in 1892, thanks to Henry Ford, Ingersoll succeeded in developing a production line for pocket watches and wristwatches.

With high quality production, precision components and the very reasonable price of $1.00 (a day’s wages at that time) the so-called ‘Dollar Watch’ was born.

The Dollar Watch was so popular that over one million were sold.

The Ingersoll Watch Company grew with the demand and made new advances in watch manufacturing; developing the functions and features of Ingersoll watches to create:

The smallest existing pocket watch.
‘RADIOLITE’: the first glow in the dark watch.
The first ever military watch, which was designed with the involvement of the armed forces.
The first character watch, which was commissioned by Disney to feature Mickey Mouse.
Ingersoll watches have been sold continuously since their inception and today the Ingersoll brand is renowned the world over. Ingersoll continues to maintain the ethos of the Ingersoll brothers and is proud to present a new range of quality, precision timepieces.

See some of our ground breaking achievements below.

1892
Robert H Ingersoll succeeded in developing an automated production line for watches. The watches were sold for the price of $1 at the time (a day’s wages).

1896
Ingersoll increased production with the assistance of Henry Ford by creating an automated watch production line that made it easier to upscale the amount of products they could make in lesser time.

1910
24th President Theodore Roosevelt helped Ingersoll achieve worldwide acclaim by famously being called ‘the man from the country where Ingersoll watches are made’.

1919
Ingersoll invented the first glow in the dark pocket watch called the Radiolite with a simple luminous dial. It was widely used in the First World War by tankers. Please go to the Radiolite Collection to view our range of watches that celebrate this great achievement.

1928
Sir Alan Cobham flies the continent of Africa (23,000 miles) in 7 months stating that the only true reliable on-board clock was an Ingersoll.

1933
One of the most iconic watches in US history is conceived when Robert H Ingersoll meets with Disney to obtain a license for a Mickey Mouse watch.

1947
Gandhi praises the Ingersoll pocket watch for its precision timekeeping declaring it as one of his most valued possessions. It can be found at the New Delhi museum amongst his other minimal value possessions.

1957
Walt Disney receives the 25-millionth Mickey Mouse Watch to celebrate its success. Please go to the Union Collection to view our range of watches that celebrate the great success of the Disney Ingersoll partnership.

2016
Brand relaunch: Ingersoll continues to maintain the ethos of the two brothers and are proud to present a new range of quality, precision timepieces.